Secure your spot and get started today with our EXCLUSIVE offer!

By opting into the web form above you are providing consent for Inferno Martial Arts to send you periodic text messages. Standard rates may apply. You can reply HELP at anytime or learn more. You may opt-out anytime by replying STOP. 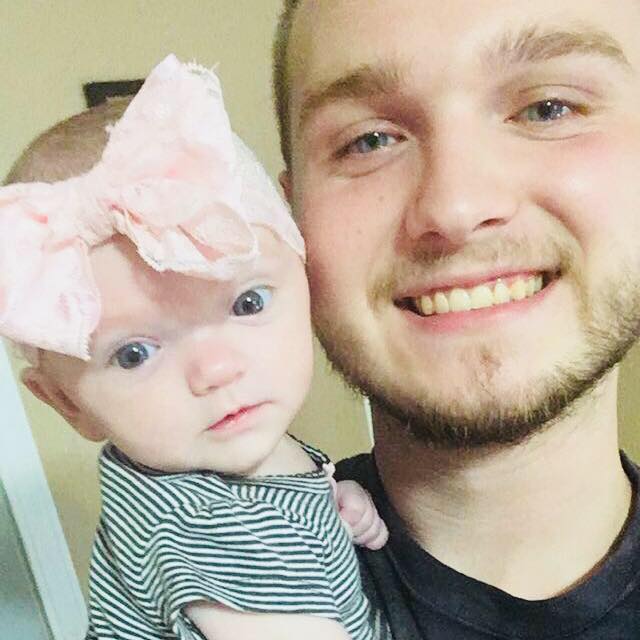 As a young guy going to school full-time and working full-time. I don't have time for a whole lot, but I make sure to make time to get to this gym atleast 4 times a week. Training martial arts with the outstanding coaches provided has not only improved my fitness, but my work ethic on top of it. I plan on going a looong time and would recommend the experience to anyone!

My son has been with inferno since 2010 in Bentonville. A small child for his age with issues ranging from severe ADHD and constant bullying from kids in school. He is 16 now, with a black belt, assists in instructing, and his confidence in himself has made him a better person. Inferno is for life for him and they are family to us.

My daughter Alexis started Inferno in the teen class back in Jan. I have to admit I was apprehensive at first. I had no idea what I was getting into. Alexis really wanted to try Martial Arts so we gave it a go. I just can't say enough great things about Inferno. Alexis is absolutely loving it and I have seen some great positive changes in her over the last 8 month. She seems more confident with herself and loving how fit she is feeling. Thank you!

I had my first kickboxing class last night. I have never done anything like that before. I really enjoyed it! I am so excited to go back! The staff was very friendly and helpful!

Mr. Kaleb is a first class instructor with a first class staff. He and his staff have a genuine interest in each students progress. Not only for training but outside of the gym as well. You won't be disappointed by visiting this school. Sign up and make your life better.

Perfect martial arts gym for everyone from families who train casually to fighters preparing for a pro bout. Come join the Inferno family, you won't regret it!

My daughter started when she was 4 and it took some time for her to really understand and enjoy it because she was apprehensive starting something new. Coach Jennifer and Coach Miranda are amazing and nurturing yet firm coaches that really encouraged my daughter to come out of her shell, try out new skills and practice. My daughter is now 5 and truly enjoys her class. I highly recommend Inferno for your little and big kids.

I have had the opportunity to attend many different schools all over the country and Inferno MMA is by far the best I have ever attended. The number of instructors, classes, and fellow BJJ classmates makes it a prime place to improve my skills as well as learn the art of BJJ. The vast amount of knowledge that is there makes it the ideal learning environment for the beginner as well as the experience BJJ student. I would highly recommend this school and facility to anyone looking to get started in the art or to expand there already existing knowledge.

We love it! Excellent customer and student service. Coaches are very dedicated and have the students' best interests in mind. Very patient and loving to students specially with children with slower development skills or special needs.

Request information today to learn more about our programs!

Coach Plank has a lifetime of martial arts experience starting from his father who is a black belt in Judo and Karate. After home training with his father Plank began formal classes at age 6, from there Coach Plank began his journey through the traditional arts until his later teenage years when he discovered Grappling and Muay Thai, immediately after, he began focusing on MMA.

After years of traveling and training nationally and internationally with UFC, Pride and Strikeforce veterans he returned home and opened Inferno MMA. With his dedicated friends and training partners the group designed the new blend of traditional martial arts and mma for a curriculum that offers students the ability to choose their own path.

Coach Page starting training as a teenager in Grappling, Muay Thai and Kali and soon took to blending the arts for more of an MMA influence. He traveled and trained regularly increasing his martial arts knowledge.

In the late 1990’s Coach Page began training with Coach Plank and Coach Sparks and they continued their martial arts growth together as they created Inferno MMA.

Coach Page has competed and won in several gi and no gi grappling tournaments. He placed 3rd at the Pan American Championship at Brown Belt. He is also a ranking instructor of Inferno Fight Systems and is a Black Belt in Brazilian Jiu Jitsu.

Coach Sparks began his martial arts journey at age 17 in traditional taekwondo, soon after receiving his black belt he began cross training in other arts such as Grappling, Kali, and Muay Thai.

Spending years traveling the country with his job he was cross training with some of the most well known names in the industry.

Upon his return to Arkansas he began training again with Coach Plank and Coach Page. Soon after that, Inferno was created, Sparks and the team were back on track training in Brazilian Jiu Jitsu, Muay Thai and MMA.

Coach Sparks has a black belt in Taekwondo and is currently a ranking instructor in Inferno Fight Systems. He has competed in Grappling and Kickboxing and currently is the Program Director of Inferno MMA.

Coach Hulsey started training in Taekwondo at age 11. After many years of training & winning competitions as a black belt he decided to focus on his role as an assistant coach to his competition team and then progressed to learning MMA and BJJ.

Mr. Hulsey is the head instructor for the Springdale location and holds a black belt in Inferno Fight Systems, Taekwondo, and is a Black Belt in Brazilian Jiu Jitsu.

Joe has been doing Martial Arts and competing since 2006 and is currently a professional MMA fighter. Coach Pianalto started training with Inferno in 2008 as an amateur MMA fighter and accumulated over 15 fights and turned Pro. Joe is currently Coaching the Adult Program at the Springdale location.

Coach Plank’s wife Jennifer began training at Inferno MMA in 2007, she started in kickboxing to get in shape and try something new.

In just a couple months she began Judo and Brazilian Jiu Jitsu. Jennifer then joined the fight team and became a serious athlete and competed in kickboxing.
She is  a very skilled martial artist and leads our youth martial arts program.

Jennifer also has a 1st Degree Black Belt in Kickboxing.

Miranda has trained at inferno since 2013 with her family, she currently is an instructor at the Bentonville Inferno and is a Black Belt in Kickboxing and is a blue belt in BJJ.

Coach Miranda runs various classes for kids and adults while being a managing program director for Bentonville.

Eddy has been training with Inferno since 2013 and has a Brown Belt in BJJ and is Black Belt in Kickboxing. He has competed in Kickboxing, MMA and BJJ tournaments for several years and is also one of our Athletic Trainers focusing on athletic performance and rehabilitation. Eddy is high energy and very good at communicating details of technique. He is also one of our Fight Team coaches and leads our Adult Kickboxing and No-Gi Grappling.

Coach Josh has been training in martial arts his entire life.  Starting in Taekwondo and Kickboxing he was on the mats daily.  After he found Brazilian Jiu Jitsu his purpose was found.  Josh is a Black Belt in Brazilian Jiu Jitsu and Taekwondo.  His passion for teaching is unmistakable and inspires his students.

Coach John has a lifetime of martial arts spanning across the Filipino arts, Muay Thai, Grappling, Firearms and various other styles.  He is a retired Senior Master Sergeant and a Black Belt in Brazilian Jiu Jitsu.

Coach Steve has been training his entire life, he started in Japanese Ju Jitsu and discovered Brazilian Jiu Jitsu in the early 2000’s and has been on the mats ever since.  Steve has a Black Belt in BJJ.

Kaden started training as a kid with Inferno and has grown up in the gym for the since 2013.  He has now graduated High School as a State Champion Wrestler and has earned a Black Belt in Kickboxing. He teaches Kids classes full time and several adults classes as well.  Kaden competes in Jiu Jitsu Tournaments and MMA.  He currently is a Blue Belt in BJJ

Coach Raven has been training with Inferno since he was a kid in 2009.  He has lived most of his life in the gym and is currently a full time Youth Coach.  Raven is also a Blue Belt in BJJ and is a Sr Brown Belt in Kickboxing.

Coach Keith is a 2nd degree black belt in Shaolin Goju karate with the Shinjimasu International Martial Arts system. He also trained Taekwondo under Grandmaster Duk Sung Son, President and founder of the World Tae Kwon Do Association. Mr. Keith also has granddaughters that have achieved their own black belts in the Inferno program, he is an Assistant Instructor in the Youth program and is a mentor for many of the instructors and students.